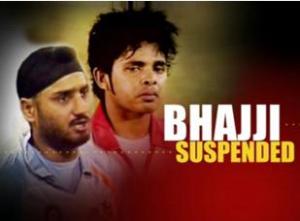 Indian cricket has always been colorful – the glam, the girls, the money, the fans, the poor performances and finally, the controversies. Cricket was known to be a gentleman’s game, and over the years, has become more a Man’s Game. The match-fixing controversies that plagued Indian cricket is still reverberating in the heads of all the die-hard followers of the game. Just when the dust seemed to have settled, the Einsteins at the Board of Control for Cricket in India (BCCI) agreed to the ridiculous Indian Premier League (IPL), and killed what was left of Indian Cricket’s hope.

All right, I know the saying: If you can’t beat them, join them! Fine, I agree, I live in a cricket crazy country and I’m somewhat of a die-hard fan myself. So, I went ahead and watched a few matches in the IPL. And when I was thinking that it probably is not a bad idea to have players from all over the world, mixing with each other, playing with each other, sharing their experience and thoughts and ideas, the idiot-child Harbhajan Singh throws every ounce of shame out the window and slaps Sreesanth in the middle of the ground!!

Correct me if I’m wrong, but aren’t players on the same team supposed to at least pretend to like each other? Say and do whatever you want to them in the dressing rooms, but not on the field, in the open, in the era of long tom cameras and satellites that can see every hair on your neck! I was shocked and disgusted by the incident! In a country like mine, where cricket is not just a sport but a religion, players acting in such an indignant manner is unacceptable. Suspending Harbhajan was perhaps the best thing to do.

He has always been an idiot-child, getting into unwanted troubles and being more verbal than sportive. I think its time the BCCI woke up to the ground realities happening around them and stop concentrating on those sexy cheerleaders – Indian Cricket is dying, and the players are getting more and more self-centered everyday. Idiot-child is barely 24 and already a millionaire thrice over, so what can we expect? Keep him in check or throw him out!

I want Indian Cricket to be revived! Enough glamor, enough showing off wealth. Let’s play some cricket, and for once, play it in the spirit of the game.