Some people are born losers. In my book, they fall into the category of assholes. I’ve written letters to them and ranted about them before, but they never fail to come back and harass me for more. Let me spend a few sentences defining these unique class of people.

Assholes are all around us, living normal lives in the guise of normal people. They will smile with you, laugh with you, hang out with you for a few beers, and when the time is right, ask you for a lot of money. Well, it’s not usually the money, but more often than not, they’ll ask you for money when you’re broke and when you’d rather kill someone for some excitement in life. Assholes are those people you’d much rather block in your chats and social network sites. Assholes are those people who are stored as “Moron” or “That Guy” in your phone, whose call you’d much rather ignore than receive. Assholes are people who have a stupid look in their eyes all the time and they never fail to annoy everyone around them with their constant stream of daft moments. Assholes are men, women and children who have either been dropped on their heads as kids or have been at the receiving end of scandalous posts like these. Assholes have been written about in books and sung about in songs and pushed around on the streets. 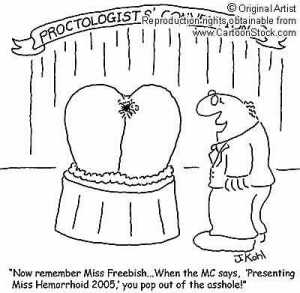 Assholes are God’s way of giving us the much-needed confidence in ourselves and our stupidity, which is always overshadowed by theirs. We tend to live our lives in the happy conclusion that we’re geniuses and that people like Einstein and Edison were but an anomaly. We become over-confident in our subtlety and never fail to obfuscate our decisions with our doubts when we’re around assholes. They scream into our ear for a pittance of importance and usually are pity-sponges. Oh, I’ve known a lot of assholes in my life. Too many, in fact.

I bumped into perhaps the two hundredth asshole this month yesterday, when he pinged me on Gtalk and typed this:

The homophobic part of me immediately blocked this guy from my chats and my Facebook/Orkut profiles and I changed his name to “Stink” in my phone. I have no idea why men tend to cross the line and do/say things that are specifically meant for women. I don’t mind if women do that, but men saying *HUGS* and *KISSES* is just too freaky. Sue me, but I don’t think it’s right! 😀

This guy was a classmate of a friend of mine, and I had met him just twice or thrice before in my life. He has absolutely no business giving me virtual Hugs when he hasn’t spoken to me or chatted with me for well over two years. Maybe he just realized that he wasn’t straight and since my Gtalk profile picture is so cute/hot/sexy, he probably thought he’d hit on me. The price one has to pay for being handsome, I tell you! (Gee, I’m so full of myself, aren’t I? 😀 )

So anyway, this guy does not stop there. He goes on to mail me some bullshit about how he’s in Sydney right now and how he’s working in a bank there and how he finds it lonely there and misses all of us. What really freaked me out was that his email was in different colors – the first paragraph was pink, the second was orange and so on. There were animated bells ringing on the edges of the email and the whole thing looked like a hideously distorted rainbow.

I deleted the mail immediately and looked out the window to the bright blue skies with the rolling white clouds and said, “Why me, God?” 😀