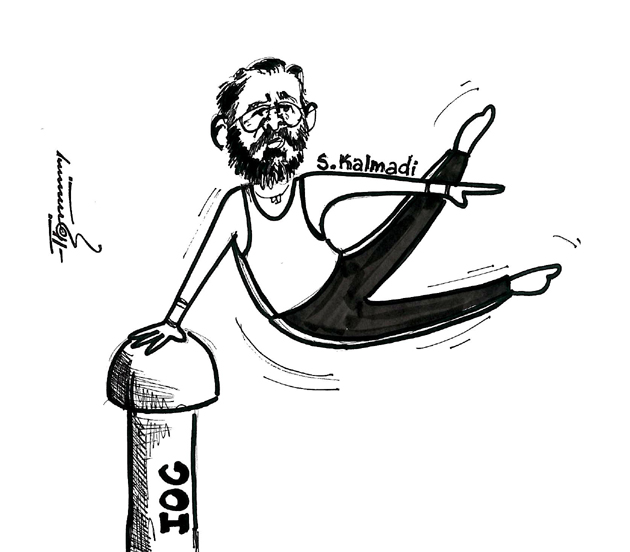 A few months after the worst-ever Commonwealth Games ended in New Delhi, disgraced Chairman of the CWG Committee Suresh Kalmadi found himself entangled in a fresh controversy in a string of never-ending disasters. He woke up yesterday morning cursing the day he ever accepted becoming the CWG Chairman, and perhaps, his own lousy strategies. After all, any Indian politician has to be an expert in making dirty money without getting caught. 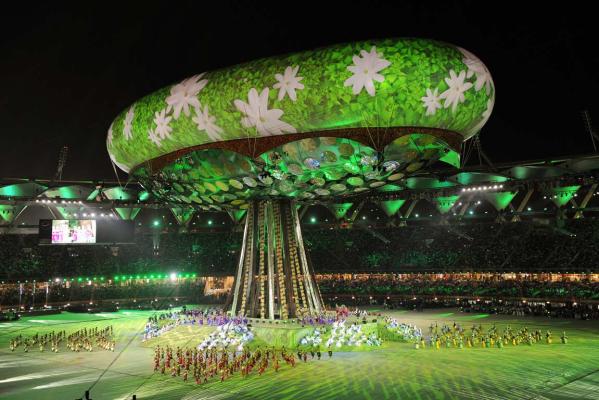 I’m sure you all remember the weird, eel-shaped thing floating around in mid-air above the Nehru Stadium during the Games. I’m sure all of you, like me, looked at it and said, “What in God’s sweet name is that eyesore?”  And all of you, like me, tried really really hard not to stare that ‘thing’ directly in the eye. Innovatively called the ‘Aerostat’ (I wonder why), the sausage was supposed to be the main attraction of the Games. Unfortunately, it did nothing but sit (fly?) there and look menacing. And after all that crap about crappy toilets and collapsing infrastructures, the people who actually danced beneath this monstrosity should be given medals of honor for bravery beyond imagination. 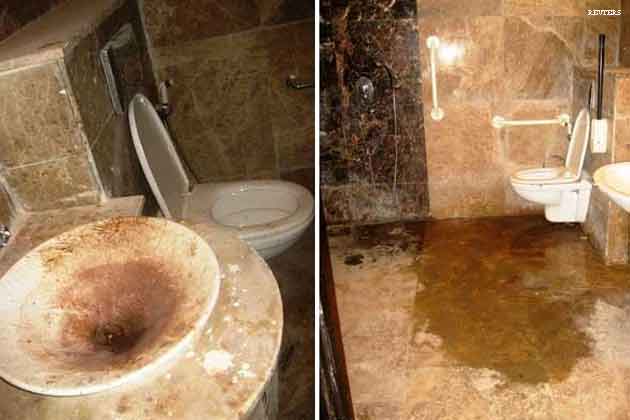 Anyway, the reason I mention this and write a post about this is to reflect on all that has gone wrong with the CWG and things that continue to go wrong for Suresh Kalmadi just when he thought the worst was over.

Two days ago, a consortium of Australian logistics companies threatened to sue the CWG Committee and Kalmadi for over $500,000 in unpaid dues and held-up equipment still stuck in New Delhi, which were not returned to them. I don’t know whether to laugh, cry, yell or ignore this ridiculousness. I also do not want to dismiss this as a “typical Indian mentality’, a cliche what I’ve heard many times and disagree with. This is not typical. We don’t hire an agency and not pay it once the service has been rendered. (We usually try to negotiate on the price.)

Yesterday, Suresh Kalmadi faced yet another embarrassment with this Aerostat Sausage Thing. When he was busy skimming off the top and fattening his wallet, neglecting his duties and allowing the Games preparation to dive into the ditch unheeded, the Sausage was taking shape very nicely. Except for actually working like it was supposed to, it did very well. The initial plan was to have athletes dangle from the Sausage and do stunts in mid-air. But then, as everything else, the plan went to utter ruins as there was no time for practicing, and no one seemed to be bold enough to sacrifice their lives for Kalmadi’s Sausage.

The Sausage has created a debt of Rs. 70 crore (almost $1.5 million) and the events company that was supposed to be responsible for the dangling athletes hasn’t been paid over $200,000 in dues for not ‘utilizing the Aerostat’s maximum potential’.

Kalmadi is probably better off managing some good-for-nothing department in the government like stone-cutting or past-recollections committees, and never again should he be allowed within a mile of anything that can be skimmed off of. Because if there’s one thing he does not know, its how to make dirty money and get away with it without bring the whole damned country to her knees in shame and humiliation.

Suresh Kalmadi brings shame yet again to his country. This time with his huge Sausage.

2 thoughts on “Suresh Kalmadi Humiliates India Again, This Time With His Sausage”